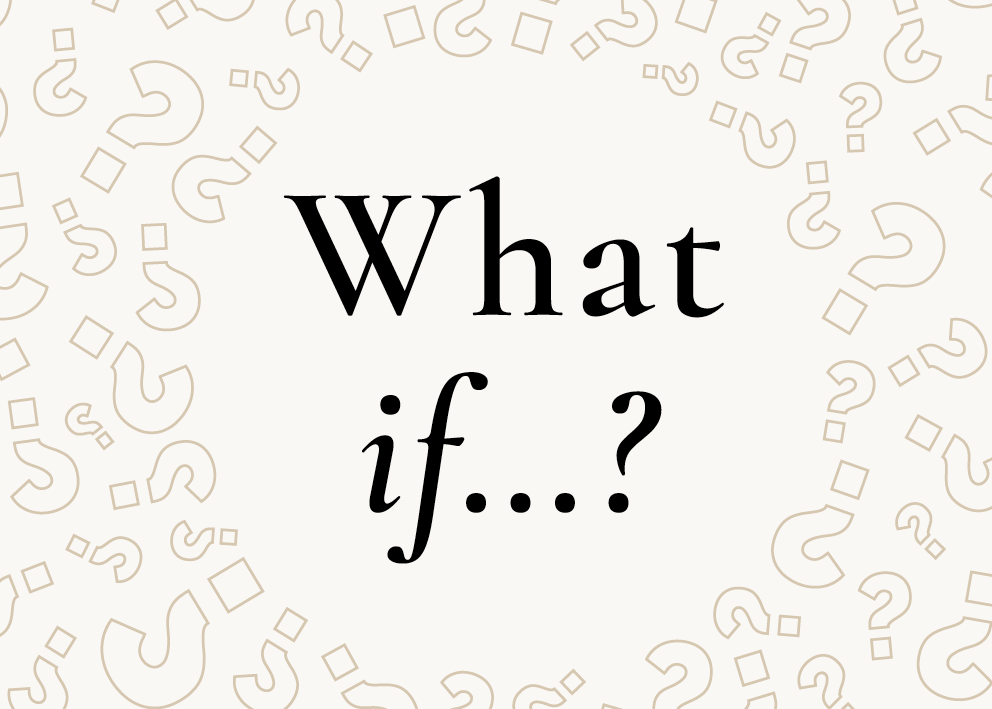 An investment strategy based on Product Hunt votes would have outperformed the majority of funds out there. No analysts required.

Product Hunt (later referred to as PH) is an online platform that helps to share and discover innovative products. Since 2013 it has served as a launchpad for many successful companies who used PH to attract early-adopters and feedback from peers. With 4-5 million monthly visitors (according to SimilarWeb) and 500,000 newsletter subscribers, PH has become a must-read website in the VC world.

For the past 8 years, dozens of products have been published, reviewed and upvoted by the PH community every day. Many of those later became huge commercial successes - a portfolio constructed from companies that launched in January 2014 (the earliest available entries in PH’s Time Travel feature) would have made almost any investor’s dreams come true:

Inspired by a great analysis of PH by Mario Gabriele at the Generalist (kudos to you, Mario) we asked ourselves a question: what if we created a portfolio out of PH companies?

There are several reasons why we consider this an important question. First of all, starting a VC fund is (really) hard. We will not go on to tell you why, but if you don’t trust us here - go on and read the interview with Hoxton Ventures’ Hussein Kanji.

Secondly, even if you manage to raise a fund (and that’s still a big if), succeeding as a VC takes an unparalleled effort. Getting access to the best deals all the time is almost impossible, especially with limited time and resources. Not to mention, that the VC market is notoriously competitive (Tiger Global, anyone?). These hurdles make the VC game highly rewarding only for the selected few.

What if the best deals were always out there ?

Enter ProductHunt and its upvote system, based on contributions from thousands of entrepreneurs, investors, designers, engineers, freelancers creating a unique collective mind -  arguably the best exemplification of the Wisdom of Crowds in the startup world. Could it predict the success of the next tech company (or hundreds of them)?

To test this hypothesis, we decided to build a simple simulation of a fund. We called it the "Monkey Fund" for easy reference. Unlike the famous experiment of a monkey throwing darts to pick stocks that outperform the market, our "monkey" is more disciplined. It is trained to follow a simple strategy in a similar pursuit to outperform the market.

Now, this idea might not seem unique to you - our best guess is that there are hundreds of investors scanning PH every day to find “the next big thing”. However, it was only recently that the team behind PH, together with a handful of renowned investors, started Hyper, an accelerator and a VC fund that wants to piggyback on PH’s remarkable dealflow opportunities. Let’s find out if they had missed out on an amazing opportunity in the past.

The basic premise of our Monkey Fund is to follow the simplest possible strategy. It “invests” exclusively in Product Hunt's #1 Product of the Week. To make it work we decided on a set of assumptions and mechanisms that would make this strategy applicable to a VC fund. We did our best to mitigate the advantage of the retrospective view, reverse engineering, and cherry-picking. The result is still biased, but hopefully interesting to explore.‍

Even though the plan was to invest in each one of the #1 Products of the Week, many of the winners were not investible. There are a number of reasons for that, including some of the big tech companies releasing their new products on PH or some projects being purely made for fun with no intention to earn a dime. Here are the categories of companies Monkey fund considered non-investable:

It is important to mention that while excluding those, we included products that won special awards by PH. Those projects also have the status of #1 Product of the week, so the assumptions stay valid.

At the end of the day, the Monkey Fund is a relatively small early-stage fund with a clear strategy of investing weekly in the most upvoted PH and exiting early during Series B round or acquisition.

Before jumping to the results, here are three main categories of the “portfolio companies”:

The simplest metric to assess the performance of the fund is its cash-on-cash return. We take the total gain on investment and divide it by the total size of the fund. Monkey Fund returned 5X while only 5% of VC firms make over 3X (at least according to this article).

Finally, we have calculated the internal rate of return. This metric helps to assess annualized returns irrespective of asset class or timeframe. As we do not reinvest cash upon exits, it is assumed to be distributed to investors of the fund (LPs).

The gross IRR of Monkey Fund is 61%. Though there are certainly funds who’ve done better, it’s still a fairly decent performance by all means.

So the 22 winner investments returned almost USD 190m. Those are:

This alone wouldn’t enable the Monkey Fund to outperform S&P 500 over the same period. The fund would return 7% compared to 11% from the index. It is not the return you would expect from an early-stage VC fund. A homerun, as it usually happens, made all the difference.

The current valuation of Zapier is in the USD 7b territory, while the only fundraising they ever did was USD 1.4m in 2012. Since then, they have organically grown to over USD 140m in ARR. Zapier achieved profitability in 2014, roughly at the moment of our "imaginary" investment. At that time annual revenue was on the level of USD 600k. To be consistent, the same funding assumptions were applied to Zapier. As a result, 5% of acquired equity is now worth around USD 350m and makes all the difference in returns.

Sketch, a design app for macOS users, would become our second home run. This company achieved the product of the week in 2014 but raised USD 20m of funding in 2019 (the terms were not disclosed). As of 2018 the company claimed to surpass 1m of paying users. Their basic plan costs USD 99 per year, so we assumed the revenue to be in the realm of USD 100m in ARR (again, the exact numbers and growth trajectory are not available). Thus, we consider it reasonable to assign Sketch a valuation of USD 1b as of 2021.

It is hard to judge if these investments would be possible at that time, but this is an entirely separate argument.

It is worth noting that deviations from our strategy could have produced even better results. For example, investing at later stages could have resulted in adding superstars like Zoom, IFTTT, Evernote, Shopify to our imaginary portfolio. Yet another way would be to do some actual selection and invest in companies that did not make the #1 product of the week. That might have resulted in early investments like Transferwise, Stripe, Robinhood among others. Not bad, we’d say. Not bad at all.

What is the takeaway?

In the ever-more competitive world of venture capital, our Monkey Fund would have outperformed most of our potential competitors. Does it mean that somebody could have done it, though? Well, that’s a tricky question. After all, many of the companies Monkey Fund would have invested in, probably had some help from their investors. Some, on the other hand, might not have accepted our money (it’s just money, after all). What this exercise proves, though, is that PH’s upvoting system works pretty well in assessing which products / companies might become successful.

To this extent, Hyper seems like a great way to capitalize on PH’s success formula. The team behind Hyper is likely to have a more sophisticated strategy than ours. Naval Ravikant, the owner of Angelist (which acquired Product Hunt a while ago) is also one of Hyper’s founders and can build a lot of synergies between PH and Angelists’ communities. In the world where capital is ubiquitous, access to quality dealflow is a real differentiator. Take Harry Stebbings who is also part of Hyper. His 20VC podcast - and the publicity he built around it - unlocked top-notch investing & most importantly, co-investing opportunities for him.

As the seminal truth of investing goes, past performance is not representative of the future results. Given the further growth potential of PH and its community, we would argue that investors piggybacking on that would earn the premium.

Let us know what you think.

The public voting for the Business Angel of the Year 2022 competition has started. 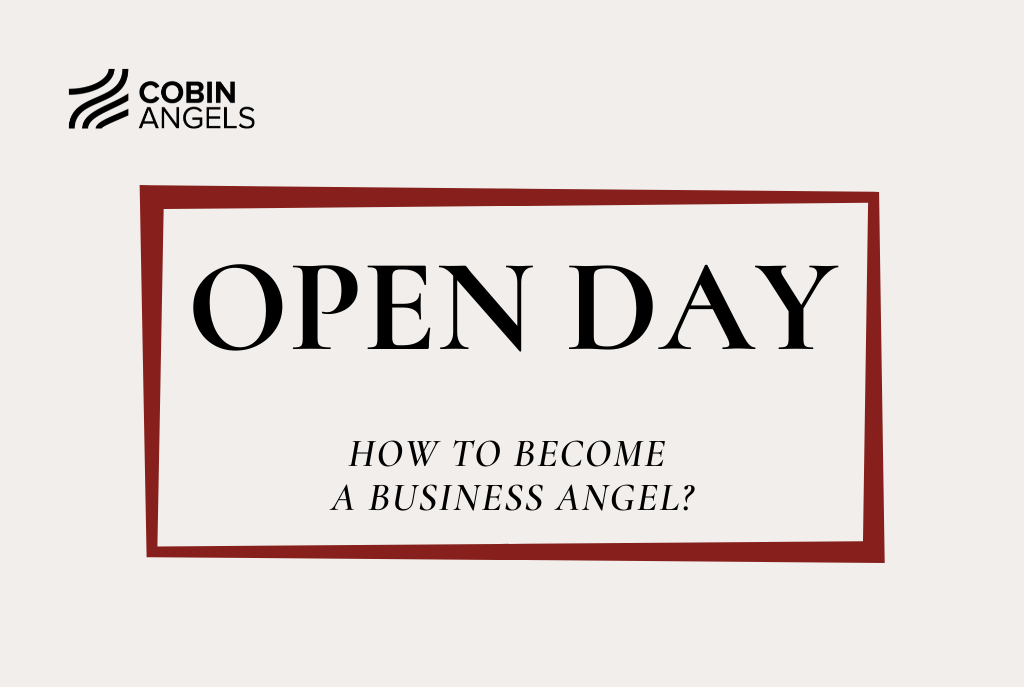 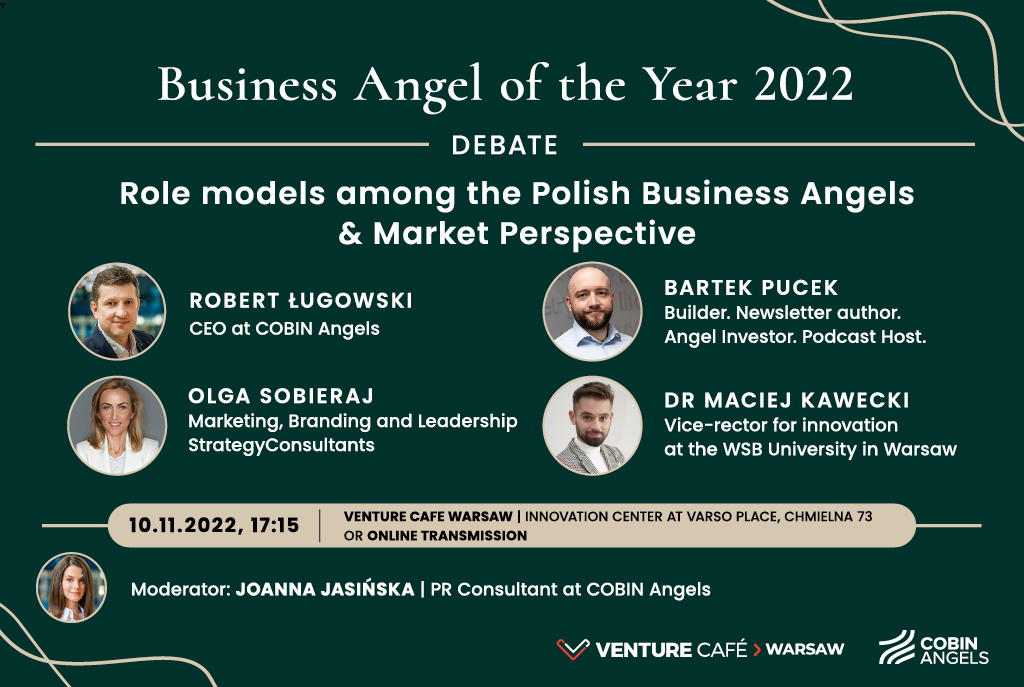